Menu
Log in
Register
Install the app
You are using an out of date browser. It may not display this or other websites correctly.
You should upgrade or use an alternative browser.

Time to start work on our 2023 Calendars!

Diamond Level Sponsor
Our annual calendar is one of the most popular benefits of Club membership, yet the hardest part of putting it together every year is just getting photos. So, let's get started a little earlier this year.
In general, we are looking for nice clear photos against an interesting background. Nice cars, project cars, junked cars, barn finds (with barn?). Just no people, please. (I will note that my daughter's dog was featured prominently a few years ago, so I can attest to non humans being allowed.)

We need your help to keep making your calendar special.

Diamond Level Sponsor
Damn it, another year without a car ready for the calendar.

Diamond Level Sponsor
Project cars are just fine! If I can, I am going to see if I can get a good shot of my S3 sitting in its trailer.

Silver Level Sponsor
We just had ours out for a drive this weekend. I wish I'd take a picture. A project car but still drivable. We always get people commenting about it where ever we stop.
Gina

Diamond Level Sponsor
Thanks to Steve R for his photo-the first sent for possibly being in next year's calendar!

Diamond Level Sponsor
Just got a great early Alpine race car photo from Dan W-thanks for that and love the fins!

65sunbeam said:
Just got a great early Alpine race car photo from Dan W-thanks for that and love the fins!
Click to expand...

It triggers an idea that we could include one vintage photo in each calendar. I have a large collection (over 400) of vintage international car shows and racing photos.
Last edited: Aug 20, 2022

Diamond Level Sponsor
would love to see any you choose to share.

A few years back we posted vintage Rootes photos, requesting “captions”. Some were very funny.

Diamond Level Sponsor
We came up with a plan to encourage more photos to be submitted for our 2023 calendar.
Each large monthly photo chosen to be in the next calendar will earn 0ne chance to win one of the reproduction Sunbeam Owners Club grill badges. One winner's name will be selected from the 12 names at random and will be sent the grill badge. Please send the photos soon-I want to get the finished calendars in the mail to you while it is still 2022! Thank you, Eric

From the file for the calendar.

Diamond Level Sponsor
Rugby ND? I have a trophy in my den for winning the North Dakota Rugby Football Unions tournament in Rugby ND. It seemed a perfect place to play that game.

Platinum Level Sponsor
Small town for all that but fitting place for a touney!

Diamond Level Sponsor
Large enough to have a couple bars, so when we got kicked out of one, we had another to go to.

Platinum Level Sponsor
There was one at the Northern lights hotel, was that one of them?

Diamond Level Sponsor
Yes, we got the boot from there.

Platinum Level Sponsor
50/50 is a good chance on that one! Did you stay at that hotel also? Throw back to the 70’s on the bathroom fixtures, avacato green, dated but clean. 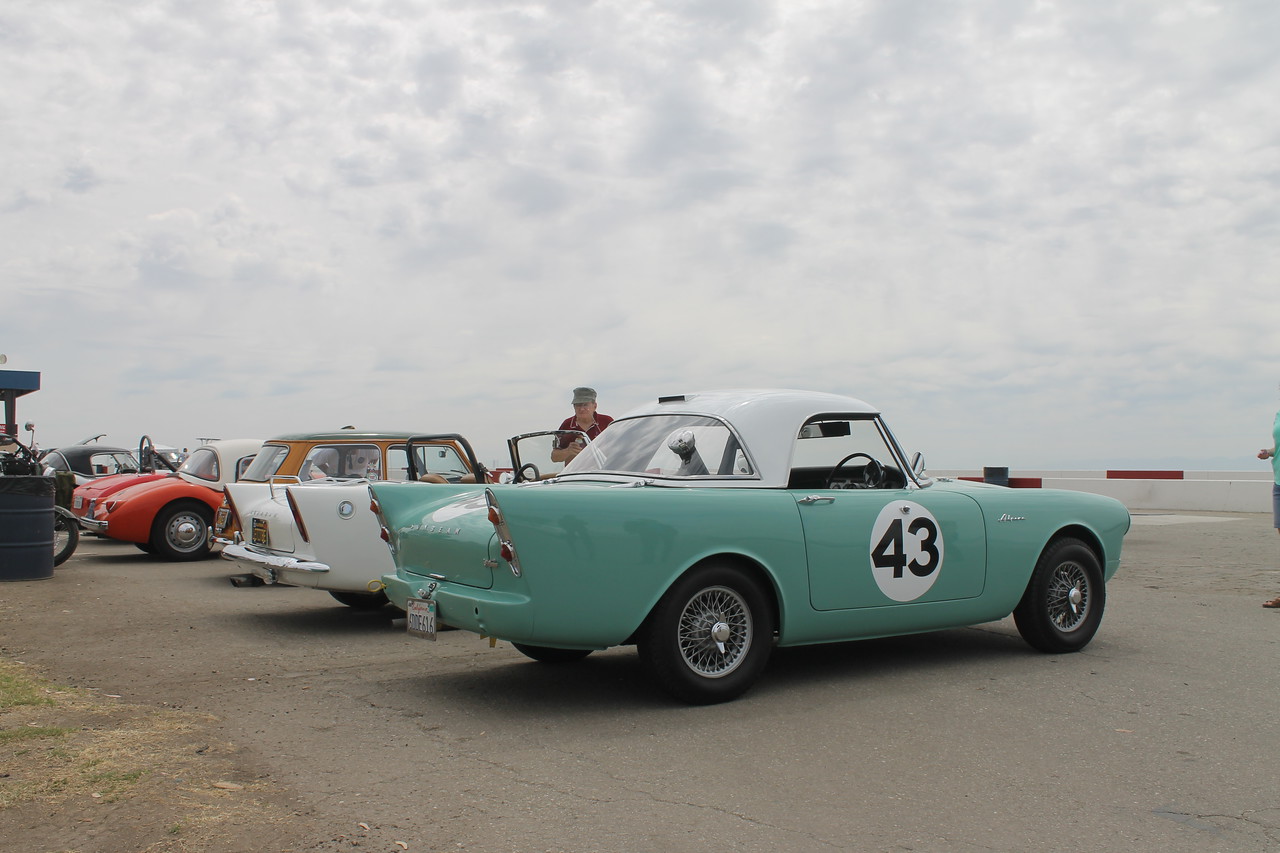 Platinum Level Sponsor
The time is getting short, and we definitely need more photos. I think we have six without repeating anybody from last year. We don't like to repeat the same car two years in a row, but if we don’t get at least seven more in the next two or three weeks, we’ll have to dig into last year’s folder. And with something like 300 active users, this should take about 45 minutes to get all the photos we'll need.

I know, I know, "My car isn't ready to be a calendar girl." Sure, but we haven't always featured the sexiest cars. Heck, we've featured cars buried in snow, cars in various stages of repair and disrepair, even my cars. All that really matters is that they're horizontal, high resolution enough that they'll print without getting blurry, and not shot by a professional (unless that person shares consent to print). And the resolution doesn't really matter, because A. Sometimes low res is good enough if the physical size is big enough, B. You don't even have to worry about what that means, because we'll sort through them, and C. Your phone, assuming it was made in the last 15 years, can spit out photos that are plenty big enough. That said, if your photo isn't big enough, we'll ask if you have a larger version.

Anyway send them to calendar@sunbeamalpine.org to submit your favorite. Or your least favorite. Or really any so I can stop begging.

Greggers said:
The time is getting short, and we definitely need more photos. I think we have six without repeating anybody from last year. We don't like to repeat the same car two years in a row, but if we don’t get at least seven more in the next two or three weeks, we’ll have to dig into last year’s folder. And with something like 300 active users, this should take about 45 minutes to get all the photos we'll need.
Click to expand...

Asking isn't working. Begging isn't working. So, I thought I'd go ahead and show you what October, November and December will look like if no repeats. (Who am I kidding? They won't be blank. It's gonna be a nice weekend here, so I'll pop out for a motor and take a few photos of my own cars. But that still leaves December. Perhaps we can just pretend that it's a white Series 3 in the snow. If you look real close, you can see it.)